So how is bail posted in the North Las Vegas courts now? 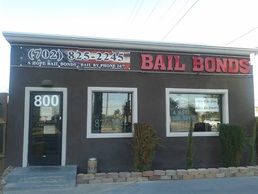 In addition to there being two courts in the North Las Vegas judicial jurisdiction, there are different policies and time frames to deal with depending on the type of bail (cash or surety) bond you are trying to post.
Bail Info for North Las Vegas Municipal Court:

For bail posting in the North Las Vegas Municipal Court (i.e. misdemeanor and traffic warrant-type offenses), you need to call (702) 633-1130 ext 6116.  This particular North Las Vegas court only accepts bail Mondays - Thursdays from 7am - 5pm and Fridays.  On weekdays from 5pm to 9pm, the North Las Vegas Police Records department accepts bail bonds.  Saturdays, Sundays, and holidays from 12 noon -9pm, the NLV records department likewise accepts the bail bonds.  Keep in mind that when the actual court is closed after 5pm on weekdays and all day on Friday, Saturday, and Sunday, cash bail cannot be posted.  For cash bail, you MUST pay that directly to the Warrant Division at the courthouse during business hours Monday - Thursday (except holidays) from 7am - 5pm.

Location of The North Las Vegas Police Records Office (after hours only):

The contact phone number for information in the North Las Vegas Justice Court (for gross misdemeanors and felony offenses) is (702) 455-7802.  This court accepts bail Monday through Friday between 7am and 5pm.


They are closed on weekends.  That is when things can get a little complicated after hours:

- They do accept bail at the Records Division on weekends and holidays from 12 noon until 9pm as well.


You can save yourself a lot of grief and worry by calling us at (702) 825-2245.  We're experienced in dealing with the courts and police station, so you don't have to!